An Apartment State Of Mind

Tis the season to get your camping gear out, get dirty and vibe out. Oh yes, it’s officially festival season.

We know there’s about a million festivals to go to, but we broke it down to the 30 must-see festivals for our residents nationwide. You’re welcome.

We’ve added some late spring festivals too, because let’s face it, May and June might as well be summer.

There is a lot of indie, folk and electronic goodness out there this year. Heck, there’s even some rock and roll. A magical time for everyone. So check out our top picks, enjoy and be safe. Oh, and make sure to remember to drink some water and eat some food while you’re having too much fun. 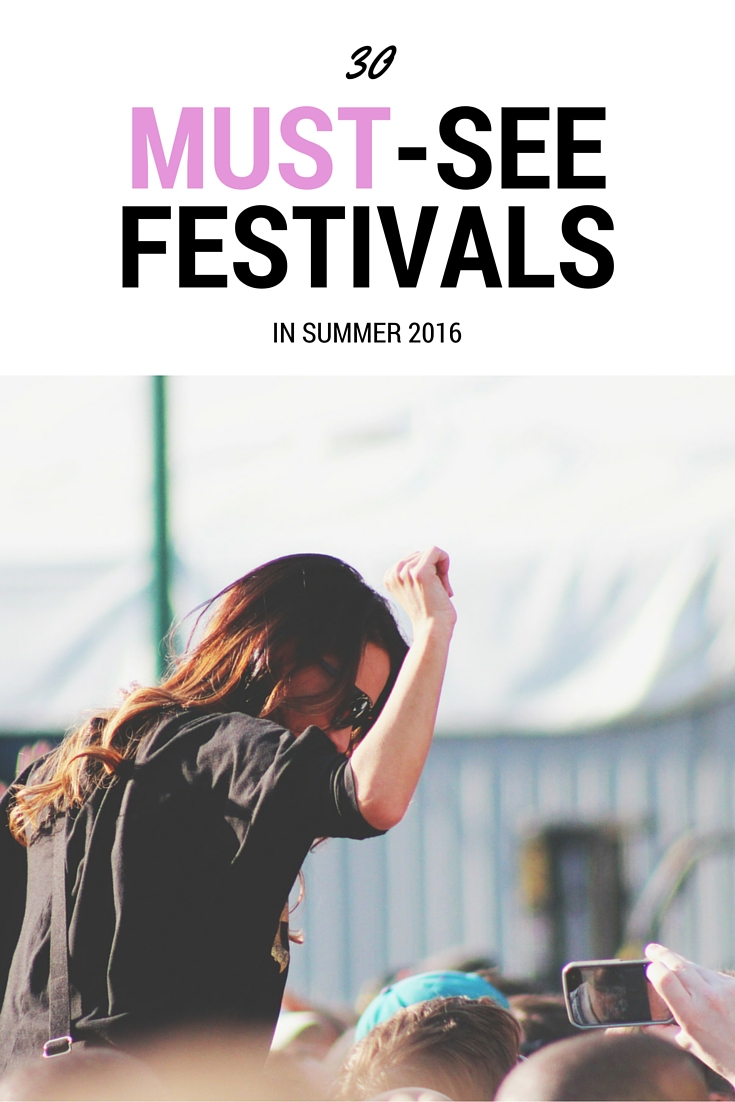 Joshua Tree Music Festival – Joshua Tree has two festivals, one in late spring, and the other in fall. Spring is more dance-world-electro-funk ‘n groove.

Live 105 – Rock out with The Offspring and Silversun Pickups.

Lightening In A Bottle – If you’re looking to escape to a dreamworld, this is your festival. Featuring three wondrous stages.

The Ride Festival – Get your rootsy groove on with Pearl Jam and Cage the Elephant in Telluride. Man, that view!

Purple Hatters Ball – Get your electronic groove on with The Floozies and The Polish Ambassador.

The Wrecking Ball – A punk rock festival in celebration of the Atlanta live music venue.

Shakey Beats – Get your beats on at the Centennial Olympic Park with Nas, Odesza, and Big Gigantic.

Electric Forest – The name pretty much says it all, doesn’t it?

Hoxeyville – Some blues, some bluegrass, and some folk featuring local Michigan acts.

Punk Rock Bowling – It’s time to mosh with the Decendents, Flogging Molly and Flag. And many more.

Psycho Las Vegas – If you want rock, you may want to come to this little festival at the Hard Rock Hotel and Casino.

Moogfest – Ok, we’re just going to let them explain: “A conference for creative / technology professionals with evenings of electronic music.” Um, lots of awesome music, check out their lineup.

Bunbury – You want headliners? Bunbury has headliners; The Killers, Florence and the Machine, Deadmau5, and lots more.

Nelsonville – Live music is at its best at this more personal festival.

Promo West Fest – An assorted list of headliners including the likes of Modest Mouse, Snoop Dogg, Tears for Fears, and Garbage…interesting.

Newport Folk Festival – For those that really love folk music.

Neon Desert – A music festival in the heart of El Paso.

Free Press Summer Festival – Houston’s calling…and by the way, they have a great lineup.

Lockn’ – Wow, this festival is for people who like Phish. They’re playing two nights and four sets!

Summer Meltdown – A magical musical dance party in the forest.

8 Amazing Cat Beds for Your Apartment